Members blogs are constantly updated by Transition Northwich members, actively involved in pushing projects forward. They are a place to keep up to date with the latest thoughts and ideas, get inspired and hear the ups and downs. 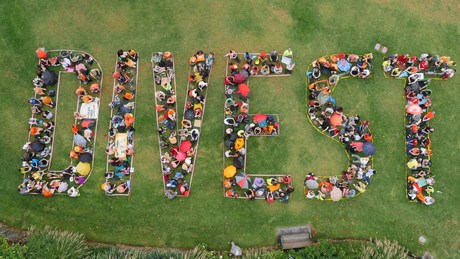 And so, at last, time to talk about "Divestment".
I first started hearing this term when reading Naomi Klein's book "Capitalism versus the Climate: This Changes Everything" in 2015 and from following 350.org, GoFossilFree and the Guardian newspaper's #leaveitintheground campaigns. A few friends said: " nobody would know what the word means, so it's a waste of time".
So what does it mean? Simply, it means removing investment from somewhere, something, whatever. Despite my thinking that I knew nothing about the concept I soon realised that I had in fact practiced it when, in the early 70s I had moved my student bank account from Barclays to the Royal Bank of Scotland in protest about the former's investment in South Africa's mining industry  which was shoring up Apartheid at the time. The divestment movement there played an important role in ridding the world of it.

With regard to divestment in terms of climate change it was initially taken up by university students in the USA in the noughties, who demanded that their college faculties remove their investment in the fossil fuel industries. They were quickly backed by academics and then by activists the world over who realised that much of the world's wealth is invested in that sector, and as such helps to shore up an industry which, while having served us well in the past, is now holding us back from a speedy decarbonisation of the planet's energy usage. It began in universities because of the perceived and clear hypocrisy of educating the future generation while investing in their potential destruction.
It is argued that divestment does not work, that shareholders, especially large blocks of institutional ones, are better served by retaining their shares in order to demand change from the industry at AGMs, or that moving your investment merely allows someone else to invest there. So often, however, it seems that this is only a delaying tactic, or if sincere, is all too easily blocked. We may not have the time to waste. So, like many, I see things differently.
Conventional oil has either peaked or will do so soon. It is industry practice to exaggerate the amount of known and future reserves in order to retain public confidence in the product. Were there to be an admission that oil and gas would be unable to power us, we would soon look elsewhere. Recovery of conventional oil and gas was easy: a bit like puncturing a balloon, a well was drilled and a geyser spouted. Texas tea, Beverley Hillbillies. Much of today's reserves are "unconventional" however, and are much, much more costly to get out of the ground. They were not originally considered financially viable, only becoming so as conventional reserves dried up and technology advanced. Oil from Canada's tar sands, for example, is the dirtiest and costliest form of fossil fuel yet. So unconventionals only make economic sense on the bottom line while oil prices are high. As the cost of renewables falls so it imperils the oil and gas corporations and states. So they need to lobby hard to slow the uptake of renewables by raising fears of higher fuel costs, lights going off , and by denying that climate change is happening.
What does this mean for us? The vast majority of banks, pension funds, unit rusts and other packaged investments are heavily invested in the industry. Many economists take the view that the risk of "stranded assets" for investors in the sector is significant and rising. So financially it may be that divesting is a good idea. If these experts are correct the risk to large pension funds is huge. More importantly, perhaps, the oil companies rely on the permission of the public, a "licence to pollute" on their behalf, because like no other sector they discard their waste (greenhouse gases) into the atmosphere without incurring any charges. When the people decide that this is too dangerous, as a result of knowledge being delivered by good science, and when the world's governments decide to impose a carbon tax to reduce emissions into the atmosphere in order to comply with global protocols, funds will rapidly be removed. At the same time,  as the cost of carbon-derived energy compared to renewable-derived soars, terminal decline can only surely follow. By removing our money now,  be it directly invested in stocks and shares or indirectly via current and savings accounts, or ISAs or unit trusts, or energy companies that burn carbon rather that use renewables, or private or company pension funds, we show the industry that we no longer give them that permission to pollute on our behalf.
Many universities, cities, institutions have divested. A large amount of funds have been moved out of the sector.
Do you want to consider moving yours? There are many ways, and many of them are easy. Others take more effort. Remember though that any decision regarding your personal finances should only be taken after professional advice from a financial advisor. You need only stress that you want to have your money in an ethical account, or fund, or company.
All of the high street banks are invested heavily to some degree or other in the oil, coal and gas industry. You can score the ethical rating of banks and building societies easily. So too can you discover the mix of coal and gas in your energy provider.
I'll be posting some links to a variety of useful sites in my next post and in the coming weeks discuss the need for a move from a linear to a circular economy, and for Transition, local and global.
Powered by